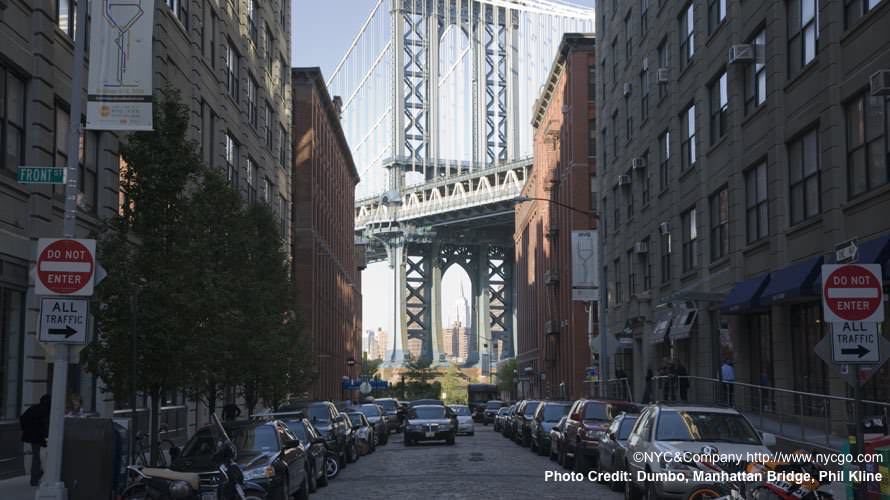 As the biggest and most populous city in the United States, New York City is more than just Times Square and the Empire State Building; hard as it is to believe, there is life beyond Manhattan. In fact, the city is split into five parts, usually called “boroughs,” that have their own unique histories. And although it is the most prominent, Manhattan is just one of the five. The remaining four are actually all bigger than Manhattan, and each adds its distinct significance to the culture of New York.

There is Queens, the biggest of them all, proud home to the fictional (yet as influential as any real celebrity) Spider-Man, and to the New York Mets, playing in Citi Field. Then there is Staten Island, the most suburban borough, with the Ferry providing passage to it, a commute featuring one of the best views of the city’s skyline. The Bronx, the only borough to include an article in its official title, houses the historic Bronx Zoo and the beautiful Wave Hill garden cultural complex. However, only one other part of New York is as close to the core of its identity as Manhattan: the most populous borough of the five, Brooklyn.

Home to 2.5 million people, Brooklyn rivals Manhattan in both cultural landmarks and subway stations; in fact, most of the train lines in the city were constructed to facilitate travel between the two. It is full of marvelous neighborhoods, fun places to visit, and some fantastic places to eat.

An area containing all three is Brooklyn Heights, located by the Brooklyn Bridge. It is a hub both for walking visitors and for those looking to grab a slice of New York history for themselves: the popular Grimaldi’s Pizzeria is the second oldest in the city. As of today, it competes with the neighboring Ignazio’s and Juliana’s, with all three annually vying for supremacy. This rivalry ensures that the neighborhood produces some top quality Italian food, and, coupled with the exquisite meats (and the nationally distributed steak sauce) at Peter Luger’s Steakhouse, also sustains the highest level of culinary class for both the residents and the visitors. 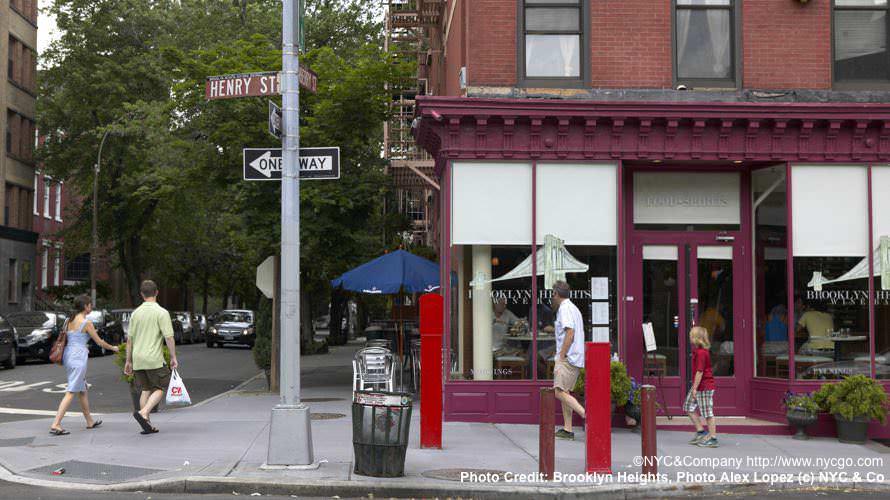 The Brooklyn bridge is a landmark as noteworthy as any statue or skyscraper, having appeared in Andy Warhol’s artworks, Arthur Miller’s plays, and Hollywood films, all the while providing free transportation between Manhattan and Brooklyn for millions every day. It is also well-known for being the only bridge accessible to walkers and bikers, thus providing for breathtaking views onto both boroughs.

The quality pizza, the bridge, and the beautiful promenade under it that looks out onto the East River and the Financial District – all give the neighborhood a distinct feel to it, as a part of both Brooklyn and of the larger New York. 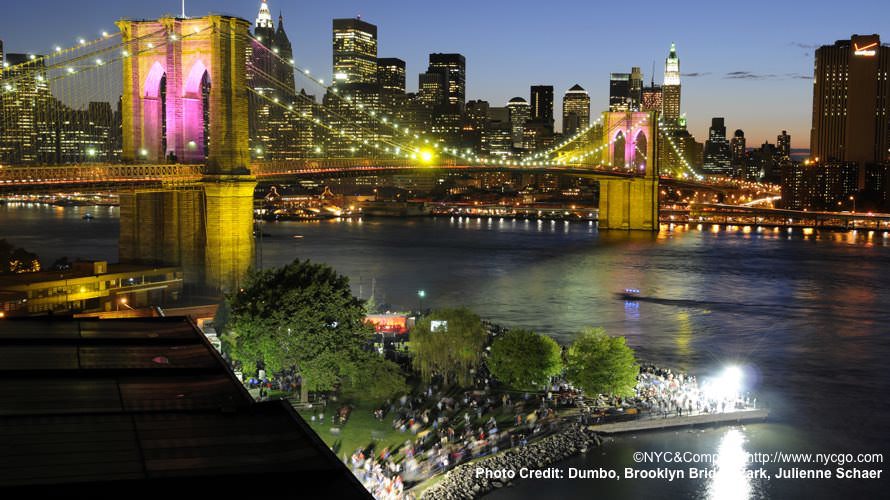 The city’s population size, however, would never let Brooklyn Bridge be the only one connecting the boroughs – the Manhattan and Williamsburg Bridges, its downtown neighbors, comprise the B-M-W of New York transportation (the Brooklyn Bridge, the Manhattan Bridge, the Williamsburg Bridge). And what separates the latter two from the former is the presence of subway tracks, the 24/7 lifeline of about 1.5 million commuters working in the Big Apple. The Manhattan Bridge carries the B/D and N/Q trains, each connecting Brooklyn, through midtown Manhattan, to The Bronx and Queens respectively. Crossing neighborhoods like Bensonhurst, Dyker Heights, Brighton Beach, Crown Heights, Sheepshead Bay, and going all the way to Coney Island, the trains are never short on people from all edges of the world. On any given day, the diversity on a Brooklyn train is reflective of that of the entire borough. The subway is such a huge part of life and culture that two of the train lines running along the Williamsburg Bridge – the J and the Z – comprise the name of the world-famous rapper Jay-Z, who himself is from the Bushwick part of Brooklyn. And although nowadays the neighborhoods along these trains lines, barring the hipster-artist hub of Williamsburg, lack flashy landmark attractions people are so often drawn to, the service is, as it has been for decades, impeccable. 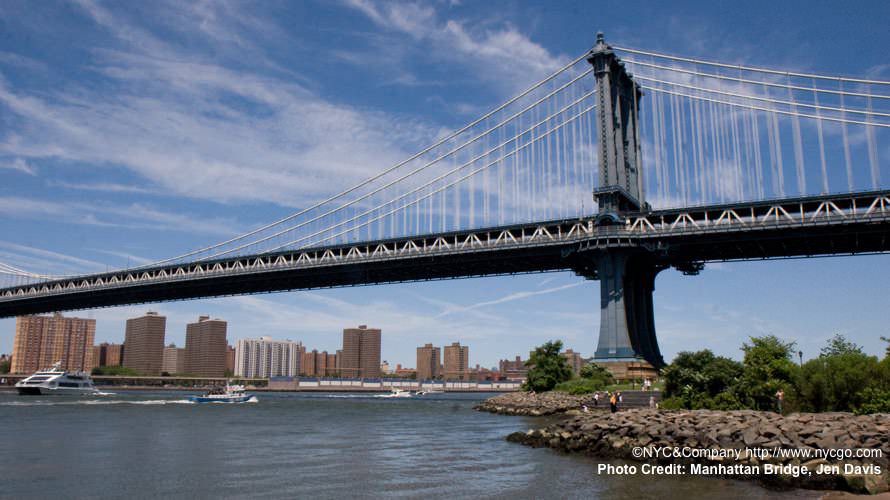 That being said, however, nearly every other train line is ever changing and evolving, getting renovated and updated to be up to speed to New York’s unbelievable pace in population and worker influx. The most recent such development has been the significant overhaul of the 2/3 and 4/5 stops at Atlantic Avenue, with the help of the company that purchased the station’s naming rights, Barclays Bank. Now bearing the name of Atlantic Avenue – Barclays Center, it connects 9 train lines, the Long Island Rail Road, and brings service to millions wishing to attend an event at the immense Barclays Center, an entertainment complex and indoor arena situated right on top of the station. Brooklyn’s answer to Madison Square Garden, the venue’s 2012 opening night was marked by a performance from the Brooklyn native Jay-Z.

The arena is now home to the New York Islanders and Brooklyn Nets, and its subsequent influx of visitors helps the neighborhood it’s situated in, Prospect Heights, rival in popularity its larger, better-known neighbor to the west: Park Slope.

The most attractive attribute of Park Slope lies in yet another Brooklyn analog to an iconic Manhattan location – Prospect Park, often referred to as the Central Park of Brooklyn. However, while the two bear similarities in their fame and ecosystems, Prospect Park is considerably smaller, and notably more peaceful. Visitors flock to Manhattan and as a rule crowd Central Park much more than its Brooklyn counterpart, letting Park Slope residents to enjoy the park almost exclusively to themselves, while leaving plenty of room for everyone else to enjoy it as well. The neighborhood itself is notable for having as many houses as it does apartment buildings that all provide homes to about 70,000 people; a number of highly rated local schools (Berkeley-Carroll and John Jay are the most notable); and hundreds of churches and synagogues. Not lost in all this is the fact that the neighborhood has housed more than its fair share of celebrities – widely popular, established stars like Patrick Stewart, Steve Buscemi, Maggie Gylenhaal, and the mayor of New York City himself, Bill de Blasio. On a lucky day, one may run into any of them.

Last, but not least, is New York Magazine’s ranking of Park Slope as the #1 neighborhood in the entire city in 2010. Spending a few hours there will blow away any doubts or suspicions, and only reaffirm the notion. That’s precisely why it’s the perfect place to visit after finishing a journey through the skyscraper-laden realms of Manhattan, when one is of a mind to cross the bridge or take the train into the Borough of Homes and Churches. Simply put, Park Slope is the jewel in the crown of Brooklyn, and Brooklyn itself is Manhattan’s lesser-known, friendlier brother, though just as captivating and grandiose.