The Band’s Visit Broadway opened to rave reviews and has been one of the most popular Broadway musicals of the 2018 season.

The Band’s Visit synopsis:
Dina, a café owner in an Israeli desert town, had long resigned her desires for romance to daydreaming about exotic films and music from her youth. When a band of Egyptian musicians show up lost at her café, she and her fellow locals take them in for the night. As their lives intertwine in unexpected ways, this once sleepy town begins to wake up.

Is the Band’s Visit based on a true story? The town of Beit Hatikva where the band ends up and where the events portrayed in the show take place, is not a real town. Petah Tikva, the town where the band was heading, is a real city in Israel.

Frozen the musical opened on Broadway in February 2018 and has immediately become one of the most talked about shows, with tickets sold out for months in advance. Disney has produced yet another amazing show, and it is definitely worth seeing, especially if your own little princesses are begging to see it. When you St. James Theater in New York, you will be amazed by how many girls in the audience are wearing princess costumes, so cute!

This is the timeless tale of two sisters, pulled apart by a mysterious secret. As one young woman struggles to find her voice and harness her powers within the other embarks on an epic adventure to bring her family together once and for all. Both are searching for love. They just don’t know where to find it.

What is Mean Girls Broadway about? Cady Heron may have grown up on an African savanna, but nothing prepared her for the wild and vicious ways of her strange new home: suburban Illinois. How will this naïve newbie rise to the top of the popularity pecking order? By taking on The Plastics, a trio of lionized frenemies led by the charming but ruthless Regina George. But when Cady devises a plan to end Regina’s reign, she learns the hard way that you can’t cross a Queen Bee without getting stung.

Produced by Lorne Michaels, Stuart Thompson, Sonia Friedman, and Paramount Pictures, Mean Girls gets to the hilarious heart of what it means to be a true friend, a worthy nemesis, and above all, a human being.

Another show to score the top number of Tony nominations is SpongeBob SquarePants: The Musical. The show has received 12 nominations, just like Mean Girls.

A legendary roster of Grammy Award winners. A visionary director and Tony Award®-winning design team. One of the world’s most beloved and unforgettable characters. Turn them all loose on Broadway and what do you get? SpongeBob SquarePants!

Stakes are higher than ever before as SpongeBob and all of Bikini Bottom face the total annihilation of their undersea world. Chaos erupts. Lives hang in the balance. And just when all hope seems lost, a most unexpected hero rises up and takes center stage.

Get ready to dive to all-new depths of theatrical innovation at SpongeBob SquarePants, where the power of optimism really can save the world!

Best Revival of a Play Nominees

Denzel Washington, two-time Academy Award® winner and Tony Award® winner, returns to Broadway in one of the signal roles in the American theatre in Eugene O’Neill’s The Iceman Cometh, for 14 weeks only. 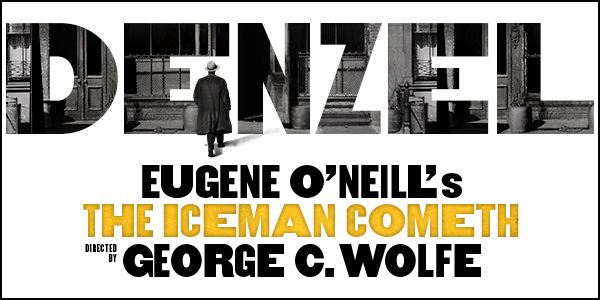 Frank Rich of The New York Times raved, “the word ‘masterwork’ is not invoked lightly. Eugene O’Neill’s tragic vision remains undiminished by time. The Iceman Cometh is a ferocious American classic that has lost none of its power to send one shaking into the middle of the night.” Beginning March 22, 2018, Denzel Washington, fresh off his extraordinary sell-out runs in both Fences and A Raisin in the Sun, comes back to the Main Stem in “the greatest American play” (New York Magazine) by “the greatest American playwright” (The Washington Post).

The Iceman Cometh starring Denzel Washington is at Broadway’s Bernard B Jacobs Theatre until July 1st 2018. The show is 3 hours 50 minutes, with 2 intermissions.

Best Revival of a Musical Nominees

Lincoln Center Theater-Vivian Beaumont has become home for My Fair Lady Broadway musical, the version of 2018.

Lerner & Loewe’s My Fair Lady has returned to Broadway and The New York Times calls it “thrilling, glorious and better than it ever was.” It’s been nominated for 10 Tony Awards including Best Musical Revival. “Bartlett Sher’s glowing production is enthralling,” raves New York Magazine. “Every so often a revival comes along that reminds you how indispensable great theater can be” (NY1). Tony nominee Lauren Ambrose is “a revelation” (The New York Times) and Tony nominee Harry Hadden-Paton is “absolutely marvelous” (New York Magazine) as they lead a stellar cast that includes Tony nominees Diana Rigg and Norbert Leo Butz. Entertainment Weekly cheers, “this My Fair Lady is a thing of beauty, a sumptuous new production of the most perfect musical of all time.”

Boasting such classic songs as “I Could Have Danced All Night,” “The Rain in Spain,” “Wouldn’t It Be Loverly” and “On the Street Where You Live,” My Fair Lady tells the story of Eliza Doolittle, a young Cockney flower seller, and Henry Higgins, a linguistics professor who is determined to transform her into his idea of a “proper lady.” But who is really being transformed? In Lincoln Center Theater’s “jubilant revival, this beloved musical comes alive in all its glory” (Variety).

Buy tickets for the Broadway revival of My Fair Lady

Once On This Island

Broadway’s Once On This Island has been nominated for 8 Tony Awards including Best Musical Revival.

Once on This Island reviews include “What a delight it is to enter the world of Once On This Island!” raves The New York Times. Time Out New York cheers, “After seeing this imaginative and dynamic musical, you may feel once is not enough!”

This is the sweeping theatrical power of Once On This Island - the universal tale of Ti Moune (2018 Tony Award® nominee Hailey Kilgore), a fearless peasant girl in search of her place in the world, and ready to risk it all for love. Guided by the mighty island gods (played by Tony Award® winner Lea Salonga, Glee’s Alex Newell, American Idol’s Tamyra Gray, and Cats’ Quentin Early Darrington), Ti Moune sets out on a remarkable journey to reunite with the man who has captured her heart.

Carousel Broadway synopsis: set in a small New England factory town, Carousel describes the tragic romance between a troubled carnival barker and the woman who gives up everything for him. With a score full of “the theater’s most beautiful and enduring songs” (Variety), brought to life through “choreography that would send Rodgers & Hammerstein themselves into waves of happy shivers” (The Washington Post), this incandescently staged story of passion, loss and redemption is “one of the most moving experiences in all of musical theater” (New York Magazine).