Suitcases are packed, and you are in anticipation of the fun and amazing trip to New York. We wish you a wonderful journey to a fantastic city on the Atlantic Coast. If you don’t know what to do in New York, we have a couple of recommendations of New York attractions you should not miss.

And of course, your trip should also include cultural and entertainment component. What is the cultural agenda in New York? Anyone who comes to Big Apple must see a Broadway show. However, it is not always easy to decide which musical to choose. 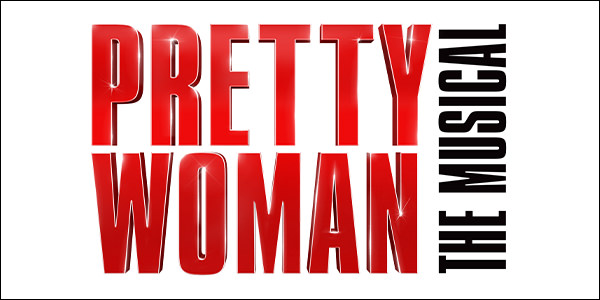 Broadway musical is an unforgettable experience - 40 theaters offer shows for every taste. In this blog, we will tell you about one of the newest Broadway performances – Pretty Woman: The Musical.

By the way, the musical has already gained popularity and love of the audience even though it only debuted on Broadway in 2018 so it makes sense to buy tickets for the Broadway show in advance.

The Pretty Woman movie had an enormous success when it came out, partially because it made people believe in the possibility of a happily-ever-after. Today one of the most romantic love stories of all times has been recreated on Broadway and is a true gift to the audience.

Vivian and Edward are the most unfitting personalities you can imagine. Vivian is played by Samantha Barks, who is famous for her role in a movie adaptation of Les Misérables. Edward’s role is performed by Andy Karl who was nominated for Tony Award three times, including for his role in Broadway’s Groundhog Day. Nevertheless, they find themselves and each other through overcoming all the challenges. 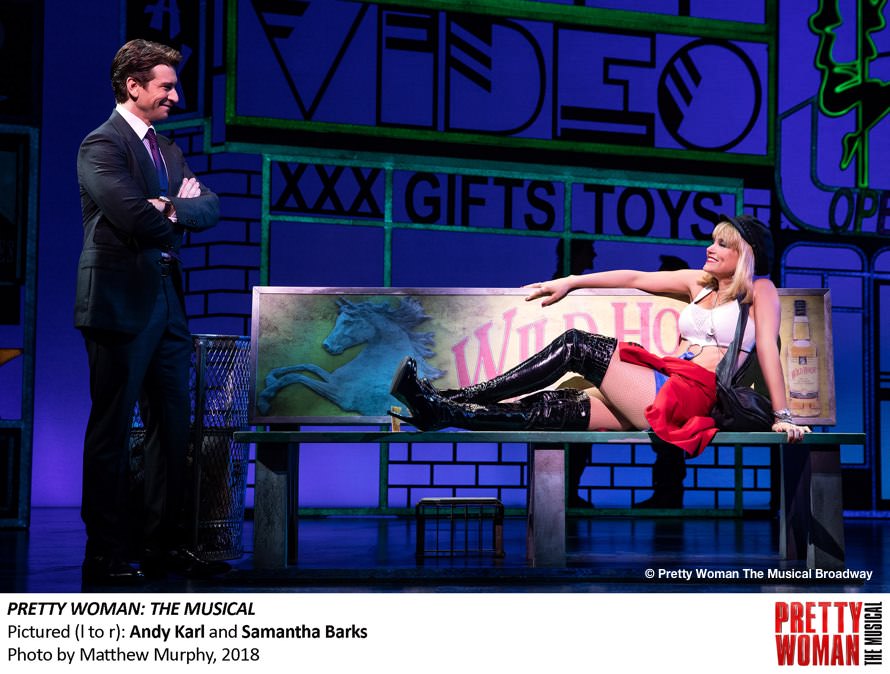 You will re-live the favorite moments of the beloved story and learn something new about the iconic characters, see them from a new perspective in this amazing theatrical adaptation.

Brought to life by the team of the best musicians, Hollywood, and Broadway actors, Pretty Woman: The Musical will no doubt lift your mood and will fill your heart with love.

While watching the Broadway version of Pretty Woman, you get the feeling that a beloved movie comes to life on Broadway stage and you live through the story of Vivian and Edward along with the actors.

The musical is certainly different from the original movie, but definitely worth seeing, and the actors’ performance makes it even more fascinating.

Samantha Barks, who plays Vivian, portrays Julia Roberts’ movie character in a very similar fashion, including facial expressions and gestures. The show costumes are identical to the ones that you see in the movie, which is why it right away creates a feeling that a story from the movie comes alive on stage.

Let us take a look back at what this classic romantic story is all about. A good-looking, successful and rich lawyer, Edward Lewis, broke up with his girlfriend who did not want to escort him to a party organized by his business partner, Phillip Stuckey. Upset, Edward drives around and gets lost on the Hollywood hills.

After parking on Hollywood Boulevard, he asks a street prostitute, Vivian, for directions to a hotel where he stays. In the end, she stays with him in the hotel. Next morning, he offers the girl three thousand dollars to stay with him for the entire week. Edward also gives her the money to buy clothes and demands that she is at his full disposal without any feelings and commitments.

Vivian faces multiple challenges. When she doesn’t get a service in a fancy store because she is dressed like a representative of “the world’s oldest profession” and when she gets back to the hotel, a hotel manager Barney halts her. He makes it clear that the only reason why she is tolerated is that Edward is their special guest.

Barney helps Vivian get the right dress and gives her a lesson on dinner table etiquette. Vivian’s new look amazes Edward. The dinner goes perfectly well. Vivian tells Edward about her troubles at the store. He spends an unbelievable amount of money on new clothes for her, transforming her looks from a “courtesan” into a real lady.

With her new looks, the girl returns to the fancy store, from which she was kicked out, to point out their mistake. Vivian follows Edward everywhere. She ends up going to the polo game with him, where Edward shares with Stuckey who the girl really is. Infuriated, Vivian wants to leave but Edward persuades her to stay with him until the end of the week.

Then, they take his personal plane to go to the opera. Delighted with the music, Vivian confesses that the evening was unforgettable. When they return to the hotel, she kisses Edward on the lips, which she usually doesn’t do with clients, and they spend the night like true lovers, not like a client with a prostitute.

The next morning at breakfast, Edward proposes to rent an apartment for Vivian, so that they can continue seeing each other. This offends her, and Vivian says that this is not the fairytale that she dreamed about. During the signing of a crucial deal, Edward abandons it, changing the decision at the last minute. Vivian showed him that one can live enjoying life, and now he wants to create, and not just make money.

Angry Philip arrives at the hotel, accuses Vivian that she changed Edward, and even raises a hand on her, trying to attack her. However, Edward appears and sends Philip away. Vivian returns to her apartment and packs things to leave for San Francisco. Instead of going to the airport, Edward comes to the building where Vivian lives, and, despite his fear of heights, climbs the fire escape with a rose in his teeth, giving her the happily-ever-after she always dreamed of. 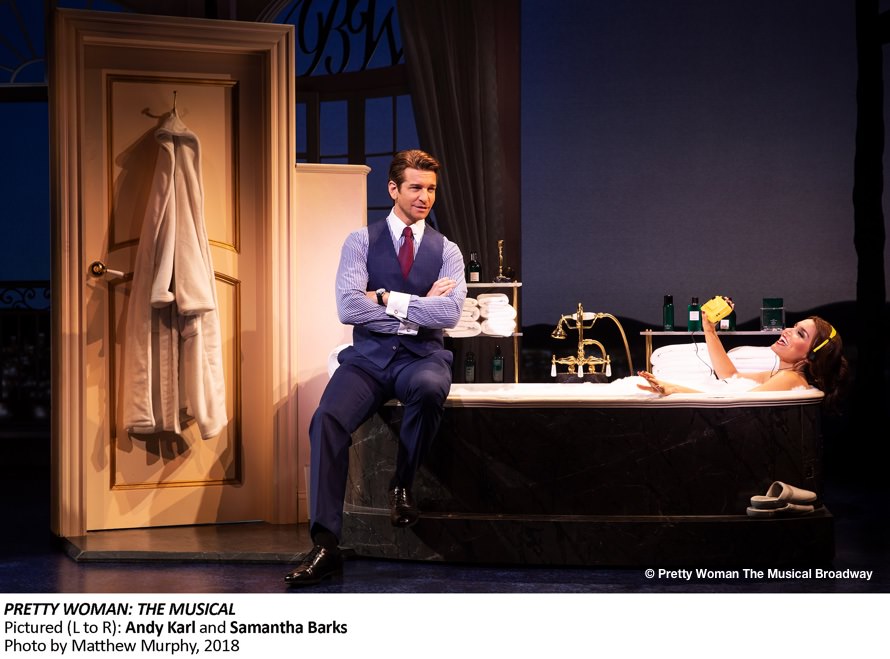 Pretty Woman: The Musical is a world-class theatrical production directed and choreographed by Jerry Mitchell (a winner of two Tony Awards). Bryan Adams, known for hits such as “Summer of 69” and “Everything I Do”, wrote the original score for Pretty Woman: The Musical with his longtime collaborator Jim Vallance. The lyrics for the musical were written by the legendary film director Garry Marshall and screenwriter J.F. Lawton. 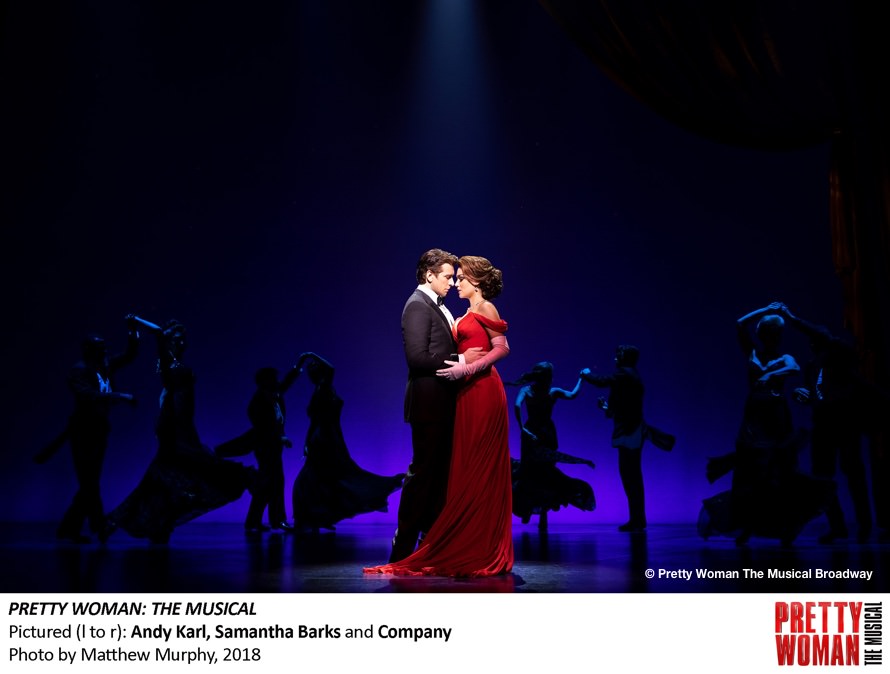 Pretty Woman: The Musical makes a fascinating impression with Broadway fans. The musical adaptation of the movie was made possible thanks to the efforts of producer Paula Wagner.

You will live through the same emotions that you felt when you first watched “Pretty Woman” the movie. Broadway, New York City, magical music, dazzling costumes, and impeccable acting - all this will leave you impressed and full of joy.

Even if you do not speak English, everything that happens on stage is easy to understand and the story is well-known if you watched a movie at least once. The musical will leave you with only positive emotions.

You can buy Broadway tickets online and receive confirmation by email. There is no need to print anything - a copy of your confirmation on your mobile device is enough.

Please note that children under the age of 6 years old are not allowed to enter the theater.