1. Is The Lion King musical currently performed on Broadway?

Yes! The Lion King opened on Broadway in 1997 and continues playing at Minskoff Theatre, in the heart of Times Square. There are eight performances a week, Tuesday through Sunday. There are no shows on Mondays. There are two performances on Wednesdays and Saturdays.

2. How much are the tickets for The Lion King in New York?

The Lion King is one of the most popular shows on Broadway. Every performance is sold out, so make sure you get your tickets in advance. Minskoff Theater has 1,621 seats. There are Premium tickets, Orchestra/Prime Mezzanine tickets and Rear Side Orchestra/Mezzanine tickets.

Tickets are usually less expensive during the winter months.

3. Where can I buy the tickets?

4. Why can’t I choose specific seats? What are the best available seats?

Our website is connected to the wholesale ticketing system – this means lower ticket prices, but you can’t choose specific seats.

Because The Lion King tickets are expensive, why not benefit from having access to wholesale pricing.

5. Is this a show by Disney? Is it family-friendly?

Yes, The Lion King is a musical by Disney Theatrical Productions.
The show is one of the best family-friendly performances on Broadway. It is an experience your kids will remember, but the show is just as fun for adults. Make it a day to remember: arrive early, enjoy fantastic views of Times Square, buy souvenirs inside the theater hall. 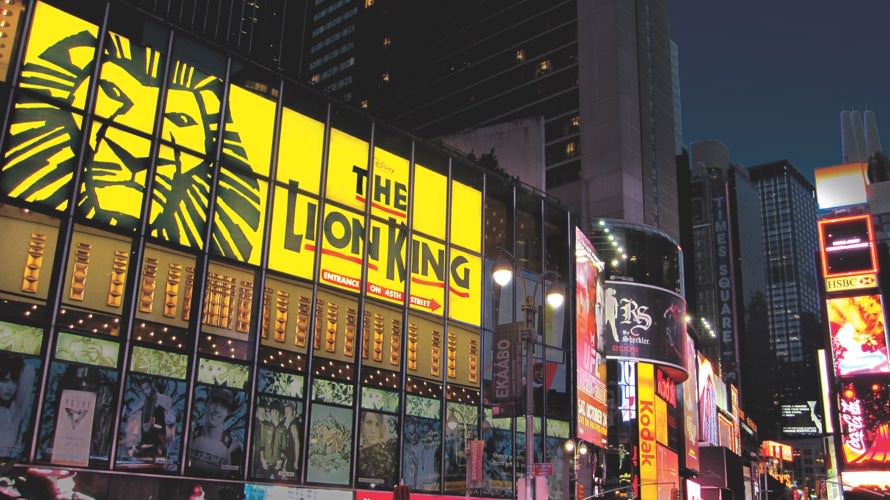 6. Is the story different from the animated movie?

The storyline was adapted for the stage production, but the main narrative, characters and the essence of the story are close to the original 1994 animated film. Watching a cartoon before heading to Broadway is always a good idea!

7. Who are the characters in the show?

Some of the characters are:

Simba – the lion prince of the savanna.
Rafiki – a shaman, a guide and a teacher.
Mufasa – Simba’s father and the ruler of the Pridelands.
Sarabi – Simba’s mother, queen of the savanna.
Nala – a young lioness.
Scar – Mufasa’s brother who is obsessed with the need to possess the throne.
Timon – a little meerkat who thinks he has all the answers.
Pumbaa – together with Timon they help Simba on his journey.
Banzai and Shenzi – male and female hyenas. 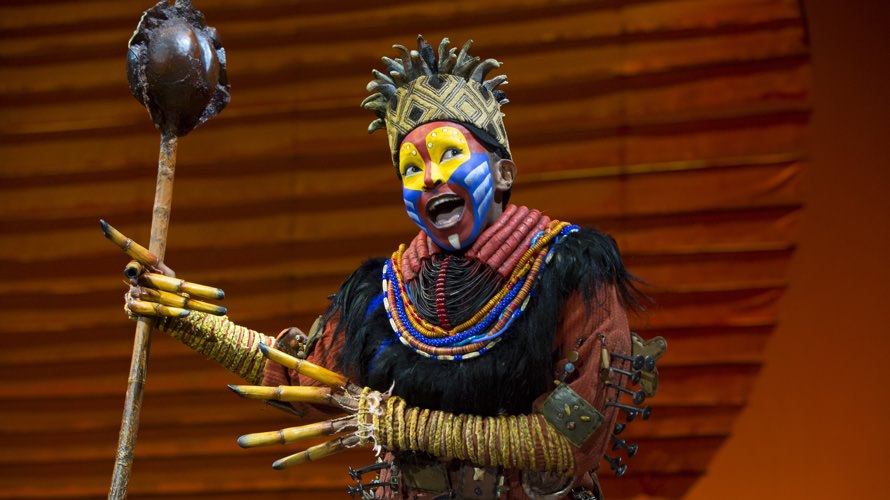 8. What is the Circle of Life?

According to the show creators, it’s “every living thing connected to another.” It’s how we treat each other and our environment. Mufasa tells Simba that all creatures depend on each other – we all have our place in the Circle of Life.

9. Are there age restrictions?

10. Where can I see the schedule of performances?

Calendar of performances and tickets.