New York Online is a things-to-do website for visitors to NYC. We often get questions from our readers from all over the world: what is the best show to see on Broadway?

Seeing a show on Broadway should definitely be on your list of things to do in NYC. Broadway is one of the must-visit places in New York. Spend some time is Central Park, walk along the Fifth Avenue, take a sightseeing tour, see the Statue of Liberty on the lunch cruise, make plenty of photos of the Brooklyn Bridge, Empire State Building, Times Square… and then spend an evening enjoying a show on Broadway. 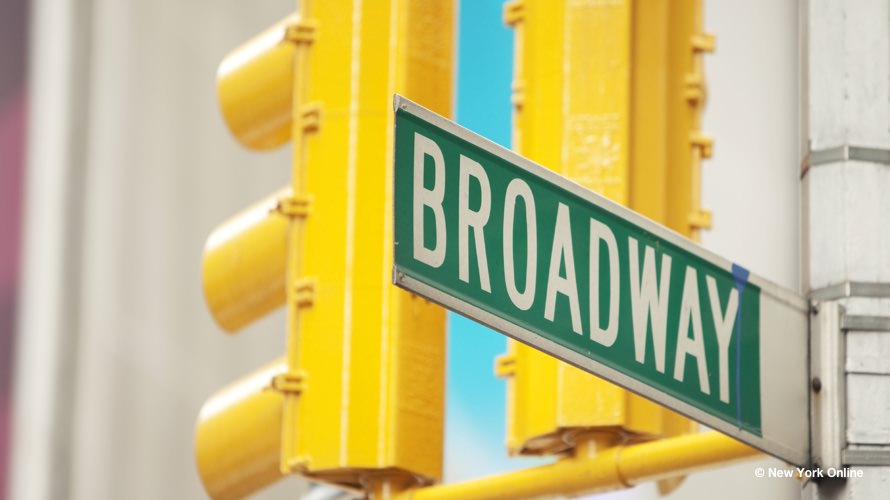 There are many options to choose from, and many Broadway shows’ names are well-known as they are based on a famous book or a popular movie. The Phantom of the Opera, Pretty Woman, King Kong, Chicago. There are family productions the kids will love, such as The Lion King, Aladdin, Frozen to name a few.

New York Online has put together a list of the best Broadway shows to see if you are visiting New York in 2018.

1. The Phantom of the Opera on Broadway.

The Phantom of the Opera is one of the longest-running shows in the history of the musical theater and is now the longest-running show on Broadway. The Phantom of the Opera is based on an eponymous novel by a French writer Gaston Leroux. The story is about an unfortunate and embittered genius - Phantom, who is hiding in the labyrinths of the Paris Opera. His face is deformed from birth, and he wears a mask. A young talented singer Christine becomes his ray of hope. But someone else has the keys to Christine’s heart.

The musical got numerous theatrical awards, including the prestigious Olivier® and Tony® awards.

Buy tickets to The Phantom of the Opera musical Broadway, New York. 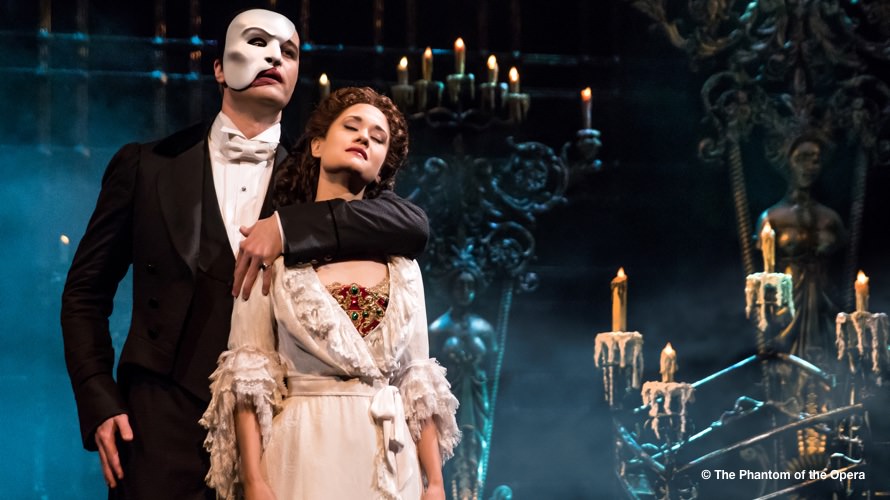 Pretty Woman the Musical opened on Broadway in summer 2018, and immediately became one of the most popular shows in New York, especially with international visitors to NYC. The story that everyone knows comes to life at Nederlander Theatre on Broadway. 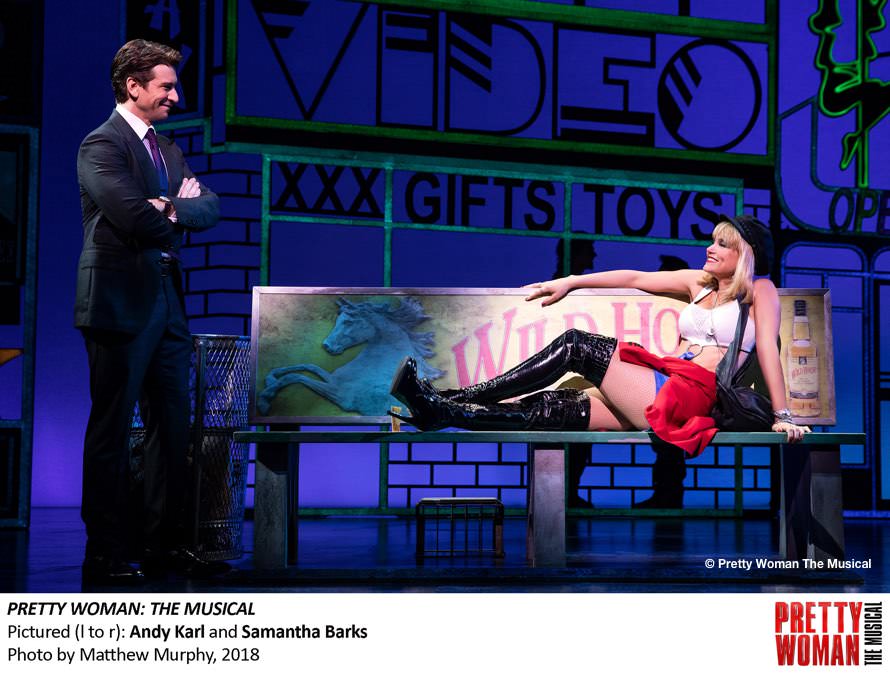 The King Kong musical was one of the most awaited premieres on Broadway in 2018-2019 season. This show is a must-visit during your trip to New York. It has everything Broadway is famous for: a well-known story adapted to the 21st century, an electrifying new score, and 20-feet tall and 2,000-pound gorilla. Directed and choreographed by Olivier® winner Drew McOnie, King Kong features music by Marius de Vries (La La Land) and Eddie Perfect (Strictly Ballroom The Musical), and a book by Jack Thorne, the Olivier Award-winning writer of Harry Potter and the Cursed Child.

The musical is based on the original King Kong story but has a very emotional and profound meaning. See this short video from the King Kong show producers where they explain how the Broadway version is different from the original movie and why there is a little King Kong in every one of us.

Buy tickets to the King Kong musical on Broadway 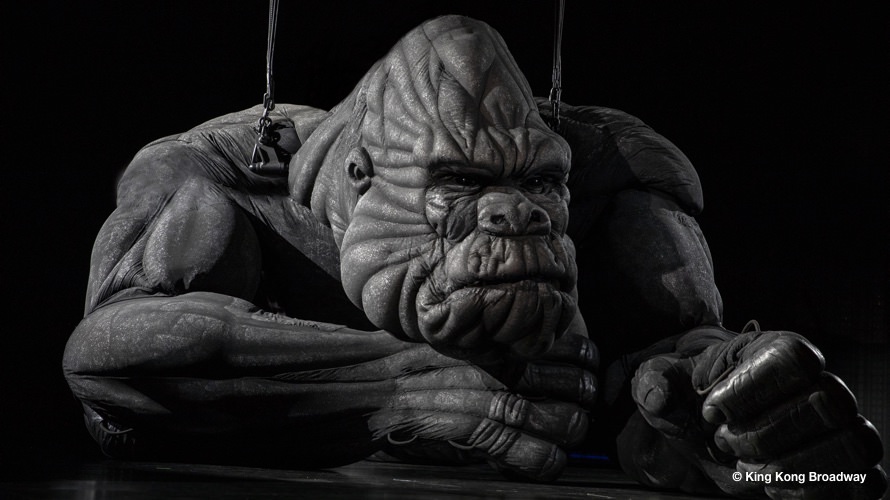 So many people around the world know and love The Lion King, the story that was originally told through an animated movie. Disney Theatrical® has produced the Broadway version of The Lion King, and it is loved by everyone who has seen the show in New York.

The show is not just for kids to enjoy; the parents are as thrilled with the performance as their children. The Lion King is one of the most popular shows on Broadway and tickets for The Lion King are sold out at least several days in advance. If you know you plan to see The Lion King in New York, make sure to purchase tickets in advance.

This musical has won six Tony Awards®. The Lion King musical has been running on Broadway for over 10 years and continues thrilling audiences from all over the world. 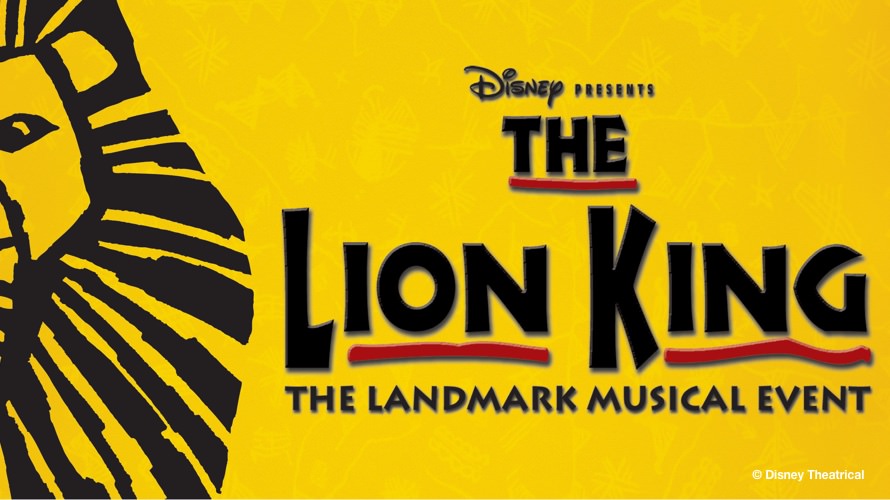 Chicago the Musical has won multiple awards, including Tony® and Grammy® and became so famous it was staged in various languages all over the world, from Mexico to Moscow. But the Broadway version remains the master one and is definitely not to be missed in New York, if you did not have a chance to see the show earlier.

КBuy tickets to Chicago the Musical on Broadway, New York 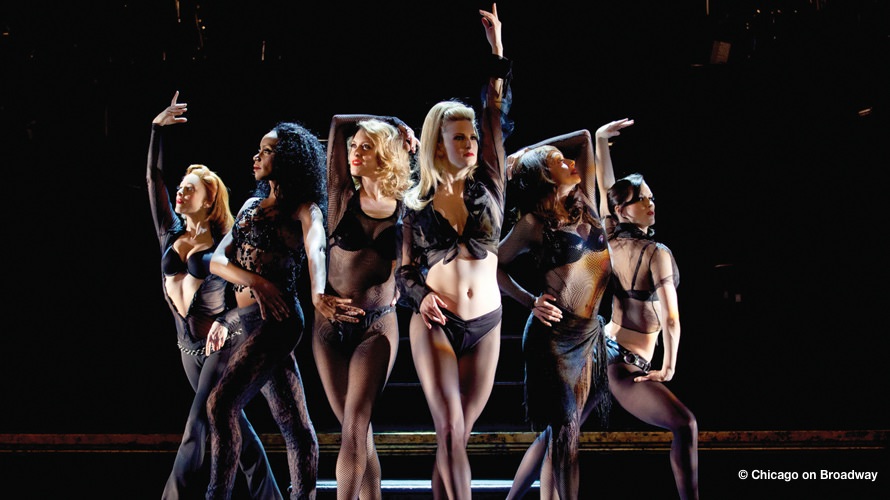 Another great production by Disney Theatrical®. Frozen is the story of 2 sisters, pulled apart by a mysterious secret. As one young woman struggles to find her voice and harness her powers within, the other embarks on an epic adventure to bring her family together once and for all.

Frozen has premiered on Broadway in 2018. It is a beautiful show and will be especially enjoyed by those little princesses who loved the Frozen animated movie. 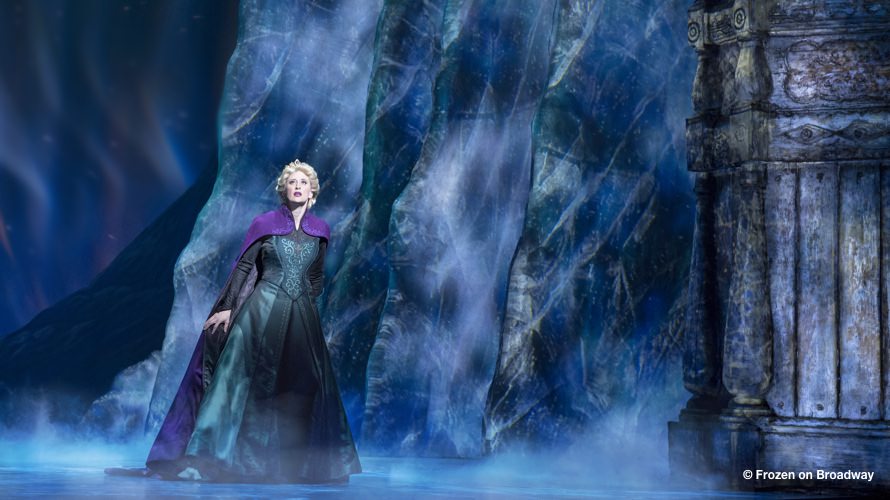 Aladdin is another show by Disney Theatrical® to see in New York. With just one rub of a magic lamp, Aladdin’s journey sweeps you into an exotic world full of daring adventure, classic comedy and timeless romance. It’s an unforgettable experience that includes all the cherished songs from the Academy Award-winning score and more written specifically for Broadway. Because it is Disney®, you know it will be a perfect evening in New York.

There is a flying carpet in the show, just in case you wondered.

Buy tickets to Aladdin the musical on Broadway, New York. 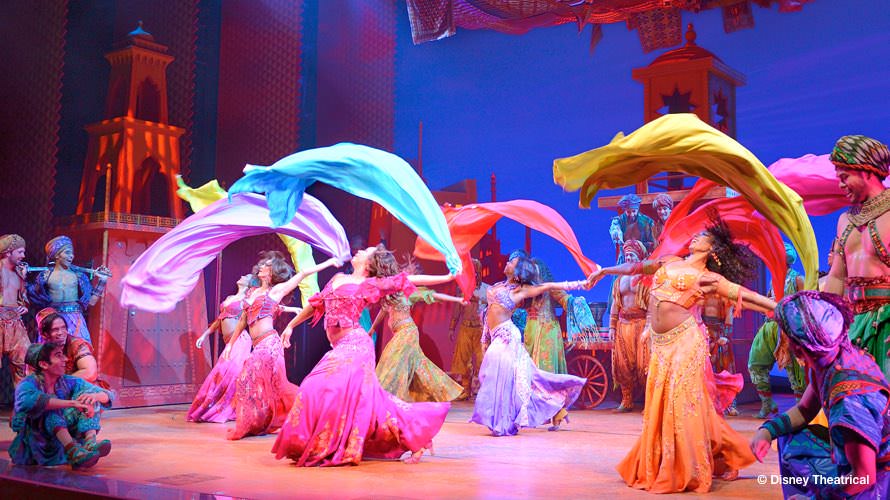 The Band’s Visit is the sensation of the 2018 Broadway season: the show has won 10 Tony Awards®.

After a mix-up at the border, an Egyptian Police Band is sent to a remote Israeli village. With no bus until morning and no hotel in sight, these unlikely travelers are taken in by the locals. Under the spell of the desert sky, their lives become intertwined in the most unexpected ways.

Buy tickets to The Band’s Visit on Broadway 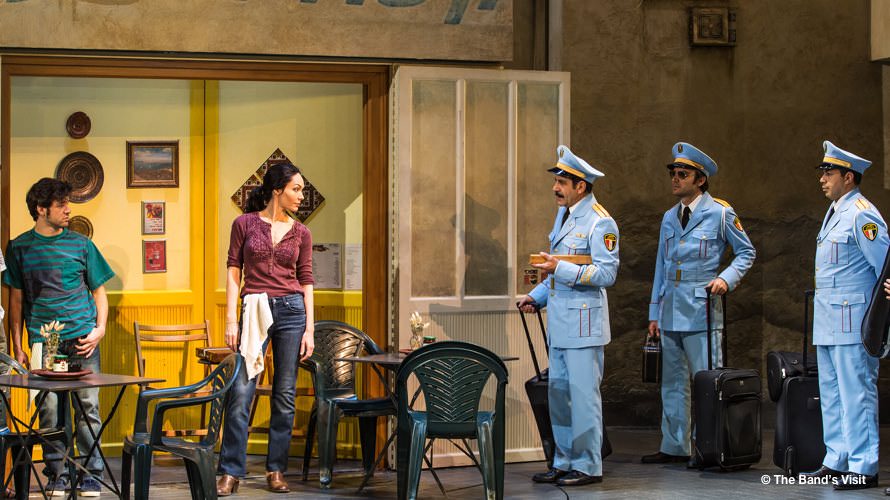 This is a remarkable story told in a very emotional way through music by Tony® nominees Irene Sankoff and David Hein, directed by Tony winner® Christopher Ashley.

The small town in Newfoundland welcomed 7,000 stranded passengers on 9/11. Cultures clashed and nerves ran high, but uneasiness turned into trust, music soared into the night, and gratitude grew into enduring friendships. This show is 100 minutes long, no intermission.

Buy tickets to Come from Away musical on Broadway 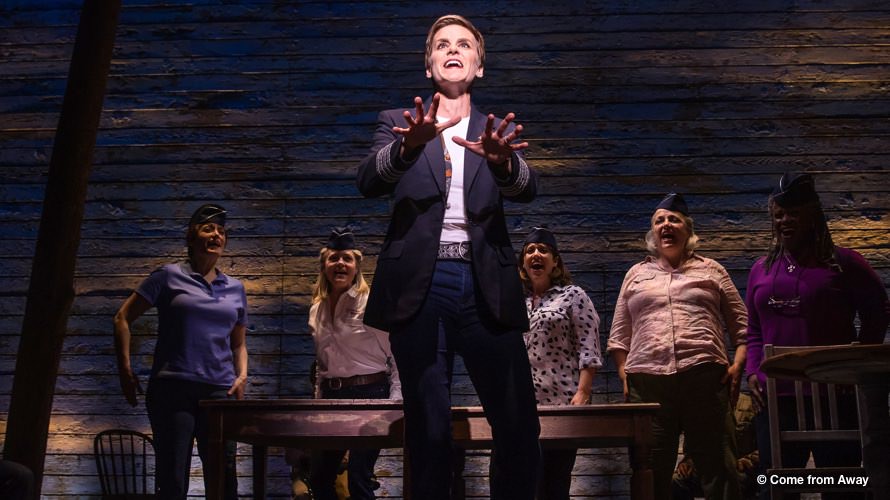 Radio City Christmas Spectacular premiered 85 years ago—in 1933—and is one of New York’s holiday tradition. Experience it if you are visiting NYC in November or December, don’t miss the famous Rockettes’ show: it opens on November 9th 2018 and ends on January 1st 2019. Parade of the Wooden Soldiers, New York at Christmas with a double-decker bus right on the stage of Radio City Music Hall, a scene from The Nutcracker, The Living Nativity — these are just some of the numbers from the 90-minute long Christmas Spectacular. 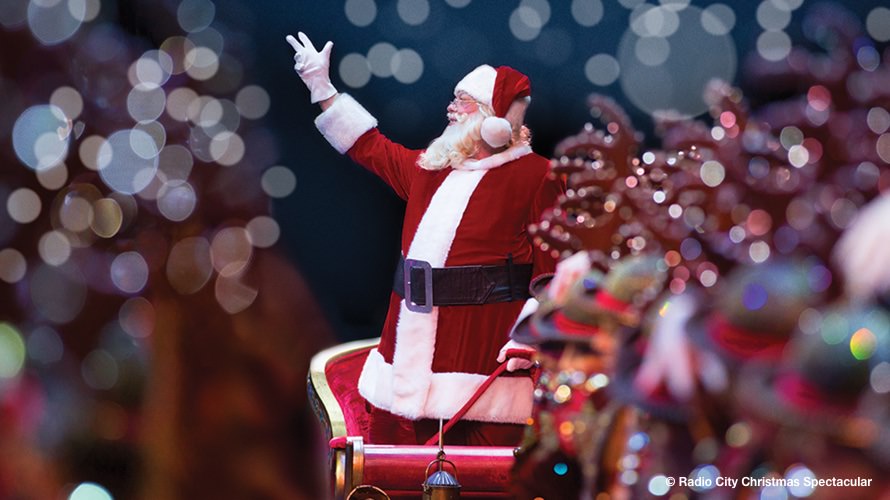 Hope you have a great visit and enjoy your time in New York!