Shakespeare and time travel together is a curious enough mix on its own. Couple that with “music, dance, and sweet romance” – and you get the smashingly hilarious, Tony Award-winning “Something Rotten”. Full of slick references to classic Broadway musicals and famous Shakespeare plays, it resonates with any and all theatergoers.

Whether through show-stopping, meta-humorous numbers (“Welcome to the Renaissance”) and crowd favorites (“A Musical”), or through lyrical, poignant explorations of humanity (“Right Hand Man” and “Love the Way”), the show keeps everyone’s eyes wide open and hands clapping non-stop. Most of us can relate to struggling with work, being hopelessly in love, and having fun with dancing and singing. The “Something Rotten” cast creates characters palpably human in their feelings and actions, and the happy ending offers a delightful finish of the story about characters the audience can’t help feeling invested in. The ending also keeps up with the lighthearted tone of the entire production, while never losing its emotional weight: one of the happier shows modern New York theater is the classic entertaining answer to the question of which things to see in NYC (that also keep people in a good mood). 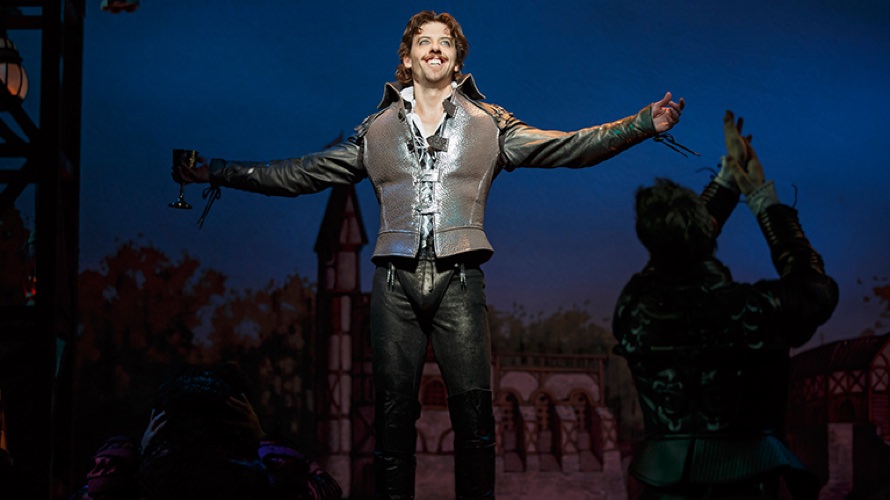 Meanwhile, for those theater nuts looking for some old-fashioned musical entertainment that doesn’t feel overly familiar – or at least one that makes fun of its own clichés – the performance offers endless theatrical parodies and homage’s. So the show that puts the English Renaissance to music is all about putting a drama during the English Renaissance to music – essentially making it a musical about a musical, a self-indulgent (yet critically self-aware) delight for Broadway regulars. There are references to Cats, Les Miserables, Phantom of the Opera, Fiddler on the Roof, Sweeney Todd, A Chorus Line, Jesus Christ Superstar and many others, all interwoven with lyrical allusions or musical motifs into the original songs.

The only character that is more a caricature than a human being is Shakespeare, though he, too, exhibits jealousy, self-doubt, and proneness to mistakes – but only at times. He is a rock star – his musical theme actually features heavy, modern guitar riffs – and a superstar of a unique caliber, someone everyone supposedly admires and looks up to. His musical numbers are bombastic and narcissistic, as he sings of how “it’s hard to be the bard.” He is pompous, arrogant, and loud, but he steals the show: the over-the-top image of a self-obsessed superstar that’s created makes for great comedic interplay with the other characters. 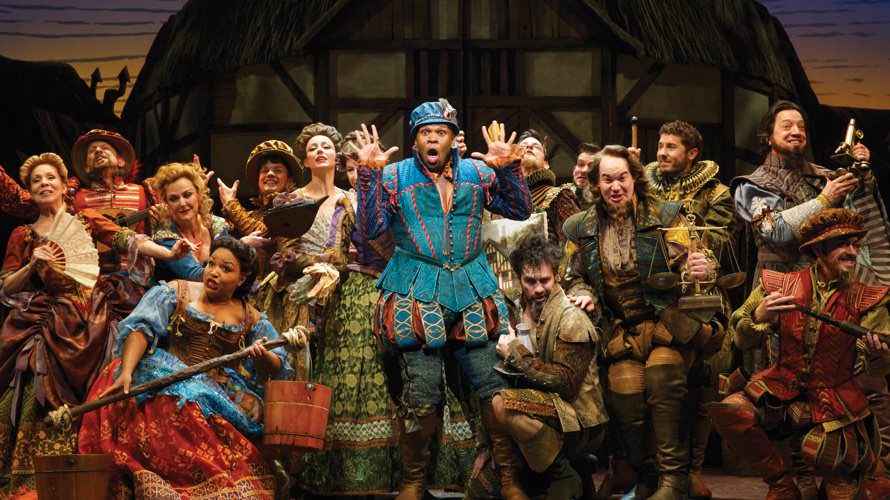 The only who doesn’t believe in the greatness of The Bard is the main character, Nick Bottom, but he has to contend with his brother, Nigel, who aspires to be like The Bard (and, yearning to meet him, eventually does). The financial difficulties of trying to compete with Shakespeare call for some radical measures, and from there stems the meta comedy, the self-parody, and references to pop theater culture – Nick pays Nostradamus to look into the future to help him write a great show. Nostradamus delivers most of the references to events hundreds of years past his time, and functions as the comical relief, while leaving more complex developments to the Bottom brothers. While Nick works on his marriage of ten years, his brother finds new love in the daughter of a strict Puritan preacher. The love stories converge with the finale of the show, and, without revealing too much, it is enough to say that the two couples discover a whole new world.

The “Something Rotten” reviews deem it the peak of conventional New York theater, but it definitely stays true to its intrinsically human conflicts, however ridden with hilarious ridiculousness. “Something Rotten” Broadway tickets are not hard to come by, being easily available online; after a run of over a year, the popularity of the production has remained the same, while accessibility has increased. This ensures that, along with the fun, simple premise of the musical, the magic of “Something Rotten” can resonate with truly everyone.