Based on the autobiographical, graphic novel memoir of the same name by Alison Bechdel, the Fun Home musical on Broadway sheds light on the complicated, hauntingly beautiful journey of her family life, and the unique relationship with her father, Bruce. Trying to understand her parents as a comic book writer and artist, she brings to life images her from early childhood and early college days, thus giving the show three different actresses playing Alison herself, as well as providing three interwoven stories as all part of a larger meta-narrative to help her make sense of everything she’s been through so far.

Starting out at the funeral home her parents ran – playfully titled “the fun home” – she comes up with idealistic imagery of her mother and father that is only intermittently called into question by the “middle”, older version of herself. The character of Alison Bechdel is the first lesbian lead in a major Broadway musical, and her dad’s closeted homosexuality is part of the recurring dynamic the show tackles – both characters try to come to terms with being outside standard social and gender norms. The narrator, the eldest Alison, tries to piece together every strange encounter, every fight she and her father had, both with each other and everyone else. Every other scene tries to find intimacy and reasons for its lacking, while the other scenes brim with it. The circular theater with the low ceiling thus make the Fun Home Broadway experience complete: they gives all in attendance a close-up look at the action, a sense of intimacy to the story that so artfully has intimacy at its thematic core. 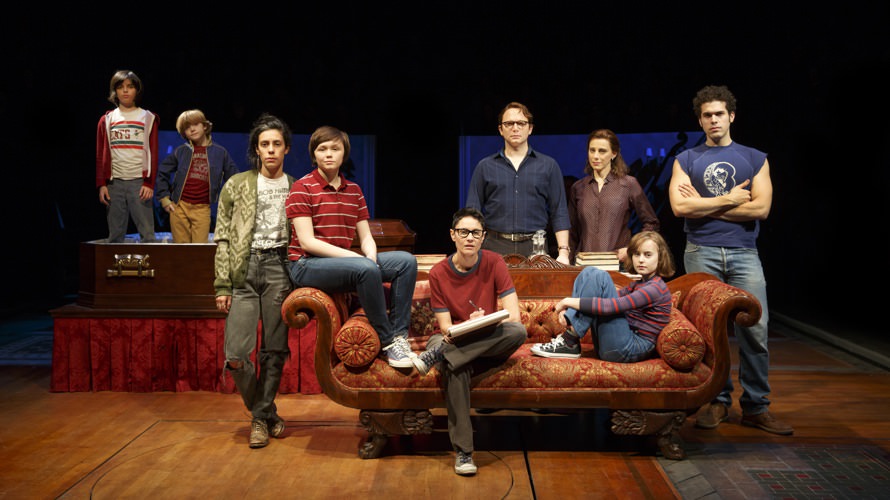 Yet, despite being a production fairly entrenched in family drama and the subsequent tragedies it created, it stays true to the subtitle of the source material, “A Family Tragicomic”. The laughs it sends reverberating through the theater (her siblings and their workplace being the main providers of that) and the tears it effortlessly puts on people’s faces are as genuine as the questions the performance raises, and as plentiful. As Alison tries to come to terms with her own adulthood, she wonders more and more how her dad did it. She makes everyone in the crowd question how we perceive our parents overall – do we realize they had and have problems, challenges, stories, and lives of their own? Do we understand our mothers and fathers not as extensions of ourselves, but as people like we ourselves become? Is there a proper time for that, and when is it too late? 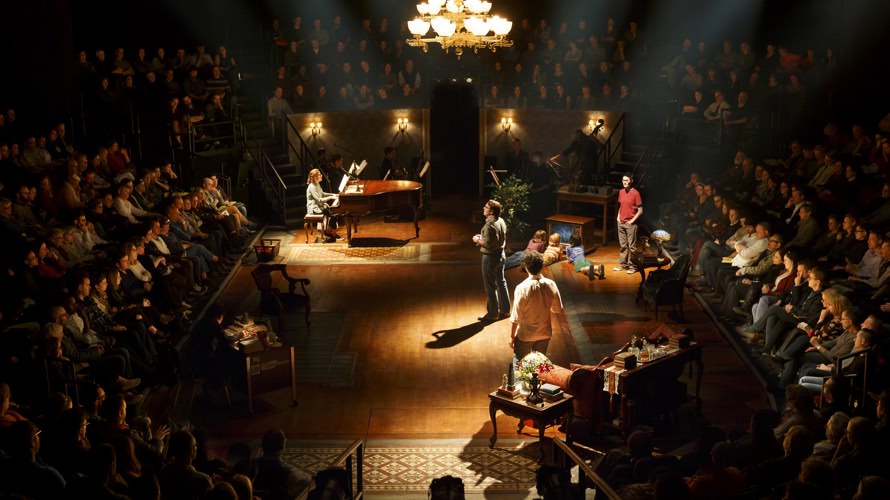 Bruce Bechdel’s suicide is what seems to have made Alison initially think of her past and the story it would tell, but not to have answered much. Instead, it is the emotional journey Alison goes through as she writes and illustrates her memoir that is the catalyst for understanding. During the process, Alison stopped looking for singular, concrete reasons for her loss, and instead found peace. 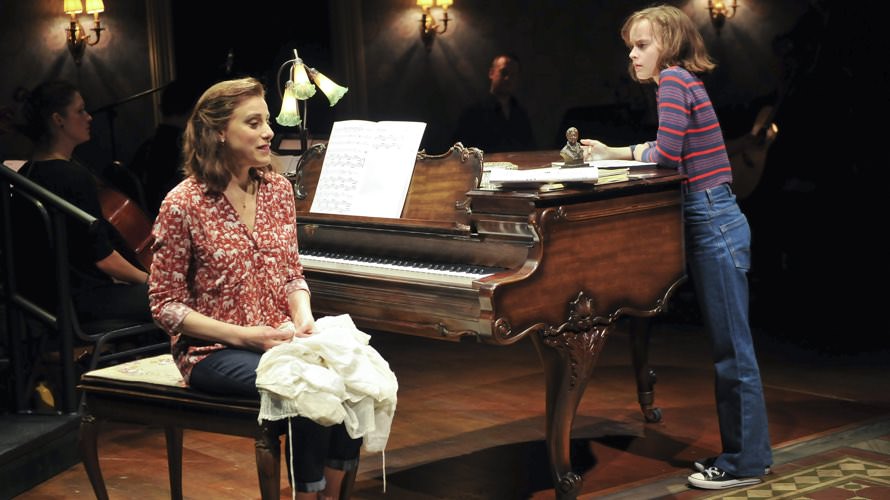 As it is, however, a Fun Home review can only provide a limited answer to the questions the musical raises. A much better way to get a comprehensive grasp of the emotional weight of production is to see it. Fun Home reviews have been of practically universal praise, and the show won 5 Tony Awards of the 12 it was nominated for. It is easy to buy tickets online, and get a chance to see this masterpiece of New York theater in its full glory.