The hit Broadway musical Hamilton tells an epic story of the life and accomplishments of one of the Founding Fathers of the United States, Alexander Hamilton. Featuring a dynamic, revolutionarily diverse cast, and a unique scope of wide-ranging musical styles, the show is, without any exaggeration or embellishment, one of a kind. No other show on Broadway has incorporated rap and hip-hop so widely and so successfully - making Hamilton refreshingly modern, a truly 21st century musical (one that, funnily enough, tells an 18th century story). Nor has any other musical about American history (itself a strictly limited category) has been as wildly successful: the production at Richard Rodgers Theater is already sold-out until 2017. Hamilton is, undoubtedly, the current crown jewel of theater in New York. 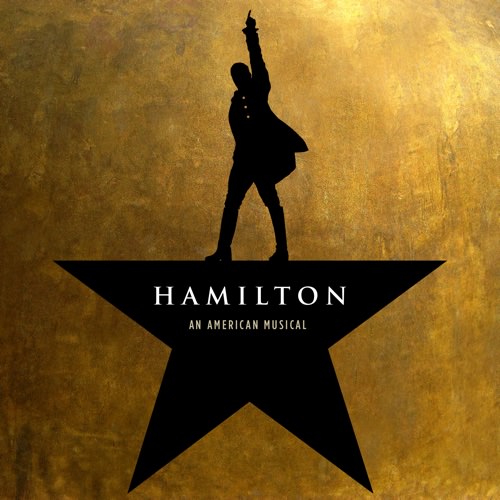 Alexander Hamilton’s story is that of an immigrant from the Caribbean coming to New York, and rising to be a Founding Father of the United States of America. The production highlights his story as key to the creation of American identity, and further develops the idea by casting non-white actors in leading roles of George Washington, Thomas Jefferson, Aaron Burr, Eliza Schuyler-Hamilton (Alexander’s wife), her sister Angelica, and others white historical figures. In the thoughts of the genius behind the production, Lin-Manuel Miranda (author of the book, lyrics, music, and the actor playing the title role), the musical is American history retold in the faces and voices of those it so often excluded. This idea, fairly hailed as groundbreaking, is one of the many reasons for the unprecedented success of Hamilton in the New York theater scene.

The performance is equally apt at making audience members gasp in awe, heartily laugh, and bawl their eyes out. Starting at the beginning of American independence in 1776, and continuing on to tell the story of the war through Alexander Hamilton’s eyes, the first act is bombastic. Full of epic moments, perhaps the most memorable example is actor Daveed Diggs’s verse as the young military genius of the Revolutionary War, Marquis de Lafayette – featuring 19 words in 3 seconds, he sings the fastest set of lyrics in Broadway history. The pace of the production is relentless, and the hours fly by: the second act, focusing more on early American politics, on Alexander’s family, and on his eventual death in a duel with Aaron Burr, arrives smoothly, and leaves audiences entirely speechless. A complex tale of the radically different personalities of Burr and Hamilton, the production culminates in their famous clash. But by the end of the three-hour journey, it is more than just a shootout: the stories of the two, so often intertwined, have the audience emotionally invested in both characters, and their complexity at their final encounter that makes people hold their breath despite knowing the historical outcome.

Not lost in the sea of Hamilton analysis is the fact that the titular character’s adopted home is New York City, the place where the musical is showcased. A quintessential New York story on Broadway (a uniquely New York concept) – yet clearly so wholly revolutionary in the way it is told. It is this blend of brilliant originality with basic familiarity that propels the production to its immense success. It is larger-than-life incredible, and it is the perfect thing to see in New York.

We look forward to the Hamilton tickets becoming available and will keep you posted once the tickets are available for purchase through New York Online website. As of the time of this blog post, one of the ways to get tickets to the musical is through TicketsNow, a reseller marketplace owned by Ticketmaster. The tickets are expensive, but if you would like to see Hamilton on Broadway now, Ticketsnow is an option.